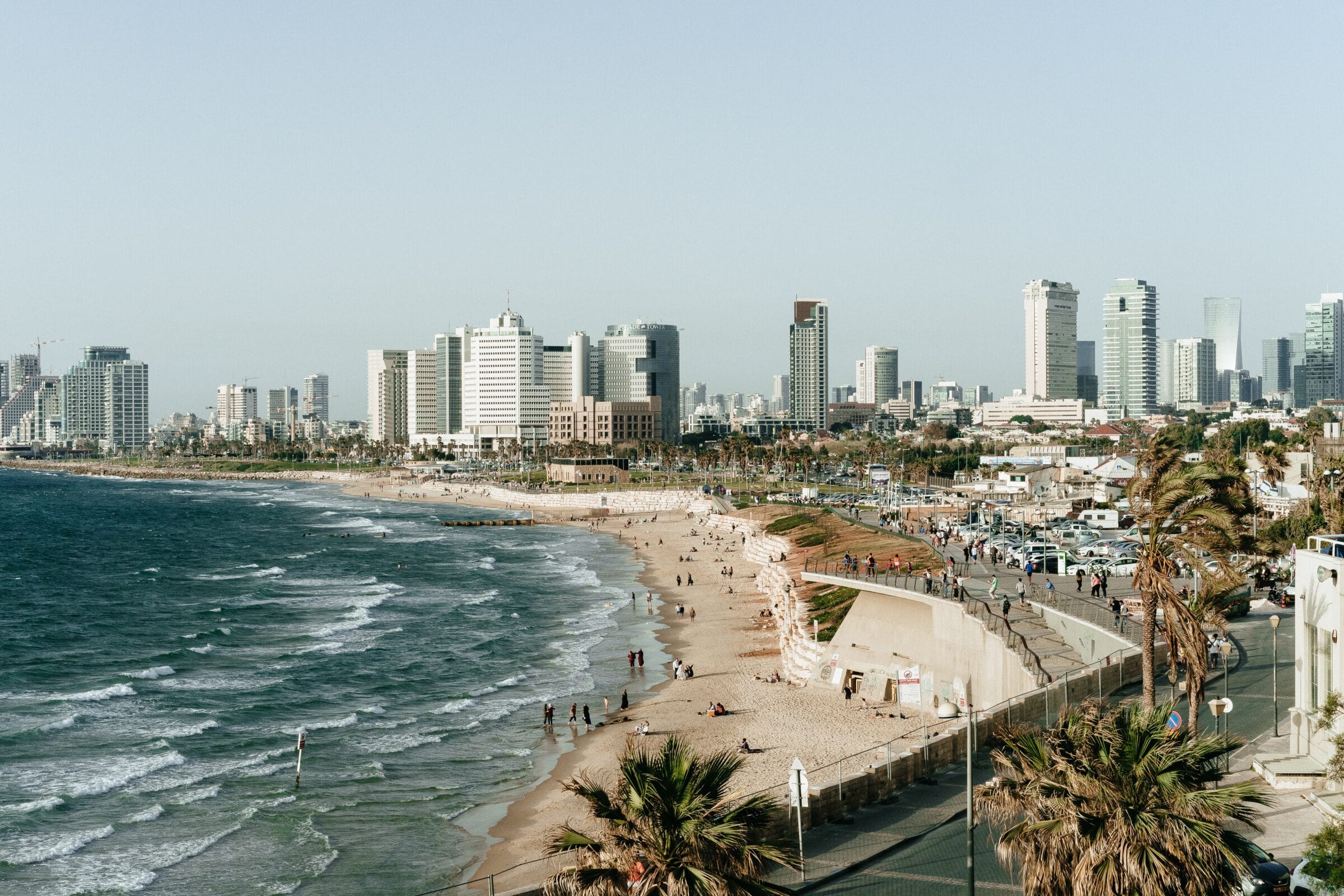 Written by Jill Wyler and published on 14 Apr 2021

Israel received the nickname, “The Start Up Nation” largely due its unique entrepreneurial eco-system and highly skilled workforce but it is also thanks to Israeli venture capital firms, which have been able to identify promising startups and have provided those companies with funding, advice, and support. The Israeli VC market started to gain growth during the 90’s, while many of these companies are still active today.

Already in 1993, while Israel’s economy was still disproportionately reliant on government funds, did the Israeli government identify the need and importance to leverage public money to attract private investments.  As such, it established the “Yozma Group”, with a starting capital of 100 Million US-Dollars, which invested in over 40 companies between 1993-1998. Until this day is the Yozma initiative viewed as the governmental capital fund that boosted Israel’s startup economy and a rare example of government venture capital success. Yozma was also involved in the creation of the 10 largest Israeli VC firms back then, including: Polaris, Concord and JVP.

In Israel currently operate about 205 Israeli VC firms, about 70 foreign firms and about 60 corporate VCs. Since 2015, an average of 23 VCs are being established annually. All VCs focus on different stages and areas of interest, while each firm has its own investment strategy.

VC companies in Israel can be divided into 4 categories:

1st Generation VCs – the “godfathers” of the Israeli VC scene

In 2020, VC firms continued to be the major source of capital for the Israeli tech sector, with 88 %.

The sector with the largest numbers of investments is the cybersecurity Sector, followed by fintech and ioT.

Another interesting example of the interweaving of the two worlds is the appointment of Dr. Erel Margalit, founder and chairman of JVP to the board of directors of ThetaRay, a startup dealing with cybercrime and anti-money laundering solutions. According to ThetaRay CEO Mark Gazit: “Erel’s extensive experience in leading JVP portfolio companies to a global leadership position will help ThetaRay to not only significantly expand its financial operations, but also break into other industries”.

Furthermore, during 2020 there were 620 first investments made in Israeli tech, which was an increase compared to previous years. Most of the investments were made in later stage developments, but there was also an increase in early-stage investments which is a very positive sign for the vivid startup scene.

The Innovation Authority & other funding options for startups

Besides the vivid and successful VC landscape, Israel further offers a huge amount of various other types of organizations that invest in startups. Particularly the work of the Israel Innovation Authority, headed by the chief scientist needs to be highlighted here. The Israel Innovation Authority is an independent publicly funded agency, created to provide a variety of practical tools and funding platforms aimed at effectively addressing the dynamic and changing needs of the local and international innovation ecosystems. The Innovation Authority aims at helping early-stage entrepreneurs, mature companies developing new products or manufacturing processes, academic groups seeking to transfer their ideas to the market, global corporations interested in collaborating with Israeli technology, Israeli companies seeking new markets abroad and traditional factories and plants seeking to incorporate innovative and advanced manufacturing into their businesses.

There are also further funding options for newly established high-tech companies. Such an option would be a Technological incubator program. Created in 1991, the program now has 24 non-profit incubators operating throughout the country. This is a government sponsored initiative which is working in collaboration with universities, multinational corporations, and a wide range of investors. These programs provide companies with a path forward from the moment they come up with an idea. Participants in these programs can receive conditional awards, have access to workspace, administrative assistance, legal advice, and guidance for entering the global market. There are also private Incubators or incubators managed by VC funds or large corporates which usually support companies for their own personal purposes.

Another option would be joining one of Israel’s 100 accelerator programs.  These programs offer special guidance and support for newly established startups but in a more accelerated fashion:   Accelerators offer technical and legal support, introductions and connections to potential investors, assistance and guidance in developing successful business and working plans etc.

In the last years, we can see a growing trend in Israeli VC investments in Europe, due to the growing startups scene and the ripeness of the European market. The Israeli VC firm, 83 North, even went as far as making half of her total investments in Europe. Many of the younger Israeli VC funds, such as Crescendo Venture Partners, and aMoon even have a European partner. Also, the more established VC fund, Viola, recently made an “unusual” investment in a German startup called Candis, which deals with accounting for smaller firms.

According to Omri Ben David, General partner at Viola ventures, there is an overall deficit in Europe in Round A and B investments, to which Israel has a lot to contribute and from now on Viola will try to have at least 2-3 investments in European companies per fund.

Another reason for the increasing investment in Europe is the growing competitiveness in the startup scene in Israel and the US.

Despite the Covid-19 pandemic, there was an increase of VC activity in Israel in 2020, which is an indicator for the great flexibility in the Israeli technological eco-system, and its placement as a lead factor in Israel’s economic stability. VC companies managed to design new investment models such as growth funds and academic funds.

This positive direction seems to continue also into 2021. “The Israeli market has evolved tremendously in recent years and it’s been a record year for Israeli startups with $5.374b invested in 172 Israeli tech deals just in Q1/2021“. According to Yuval Cohen, Founder and Managing Partner at StageOne Ventures, even though 2020 was the year of the global pandemic, the Israeli seed investment landscape showed resiliency. According to Cohen, Israel’s start-up ecosystem allowed for remote deal-making, even for newly founded companies and first-time entrepreneurs. Many promising companies were founded, especially in the cybersecurity, AI&ML, cloud infrastructure, Future of Work and SaaS verticals. Furthermore, Cohen says, that when looking at the portfolio of StageOne Ventures, all companies adapted to the situation very early on in all fronts, from fundraising, sales, growth, marketing and more. They continued to see their companies grow and expand both in people, product, customers, and technology, while many also had record quarters. 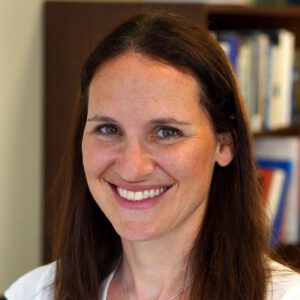 Jill Wyler held various professional positions in Israel and was until recently the Israel representative of a Washington based independent academic organization which focused on enhancing knowledge about modern Israel at universities in the United States and around the world.

At ELNET she works for the German Israeli Network of Startups & Mittelstand (GINSUM), as the Program Coordinator at the Israel office. Jill has a master’s degree in International Relations, with a focus on diplomacy and foreign policy, from the Hebrew University of Jerusalem

The German Israeli Network of Startups & Mittelstand (GINSUM) is a platform initiated by ELNET (European Leadership Network) and supported by the German Federal Ministry for Economic Affairs and Climate Action (BMWK) to link the German Mittelstand and municipal actors with Israeli startups.

Within the next few weeks we will develop this platform into a vivid community where you can connect with startups, Mittelstand and experts from Germany and Israel.